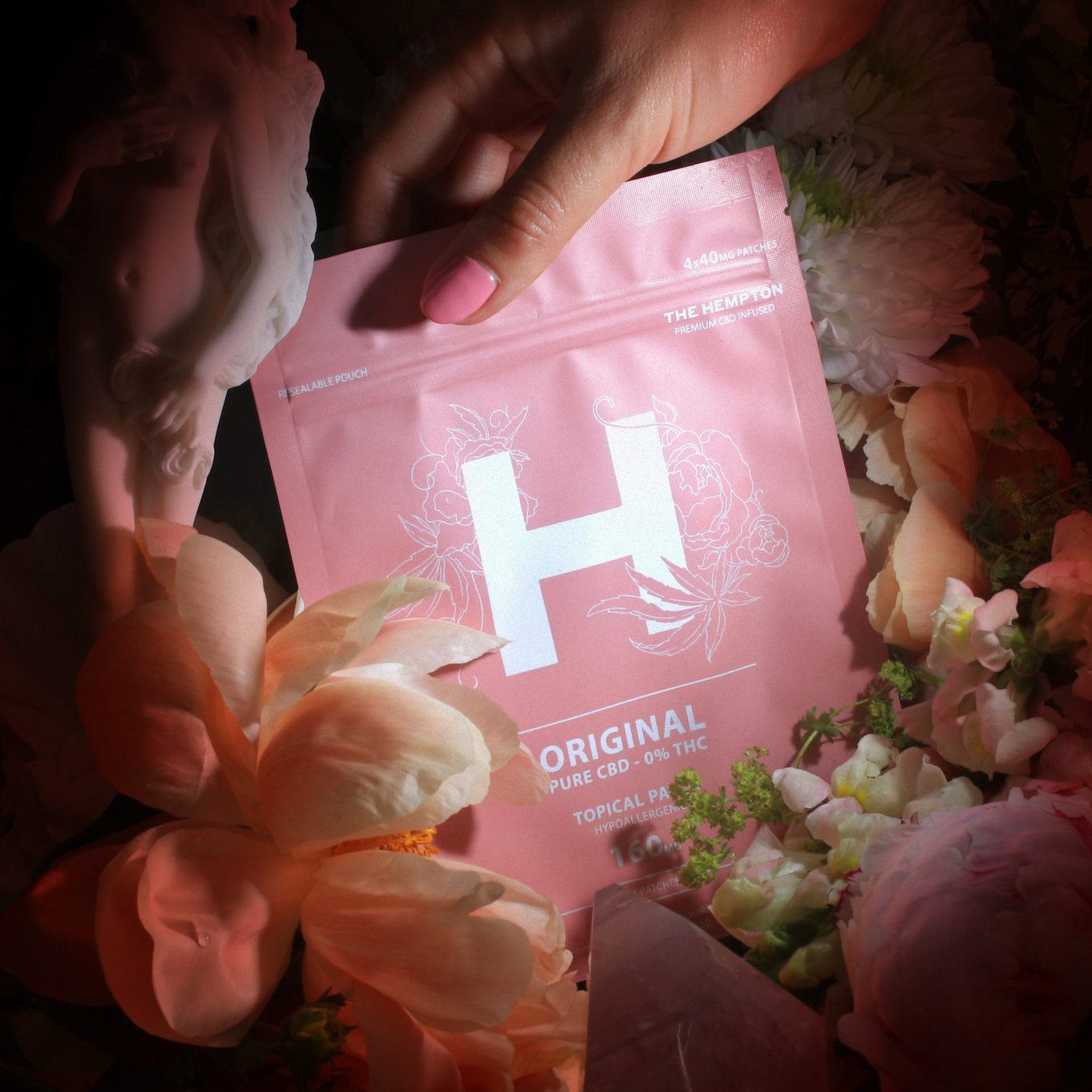 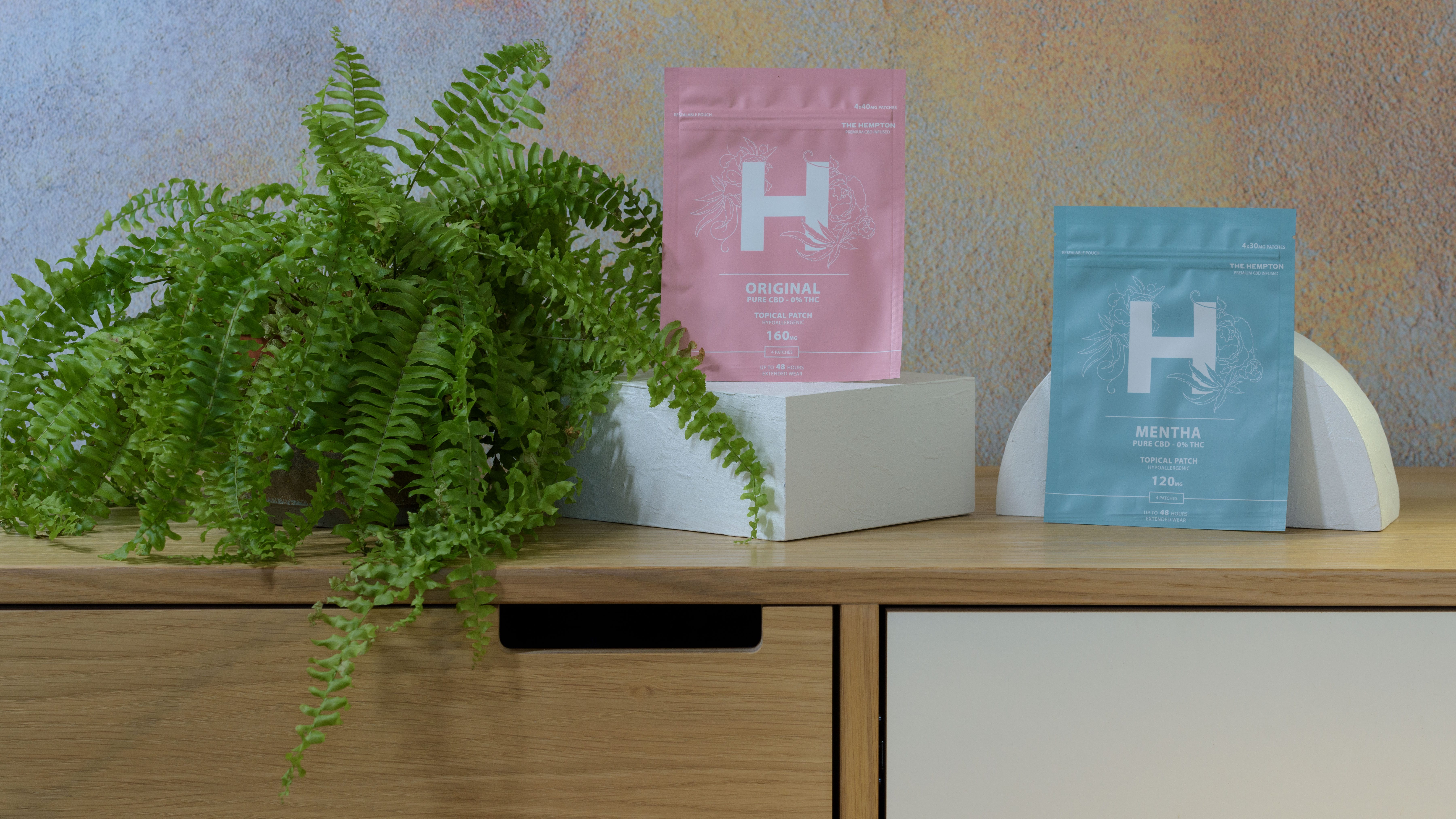 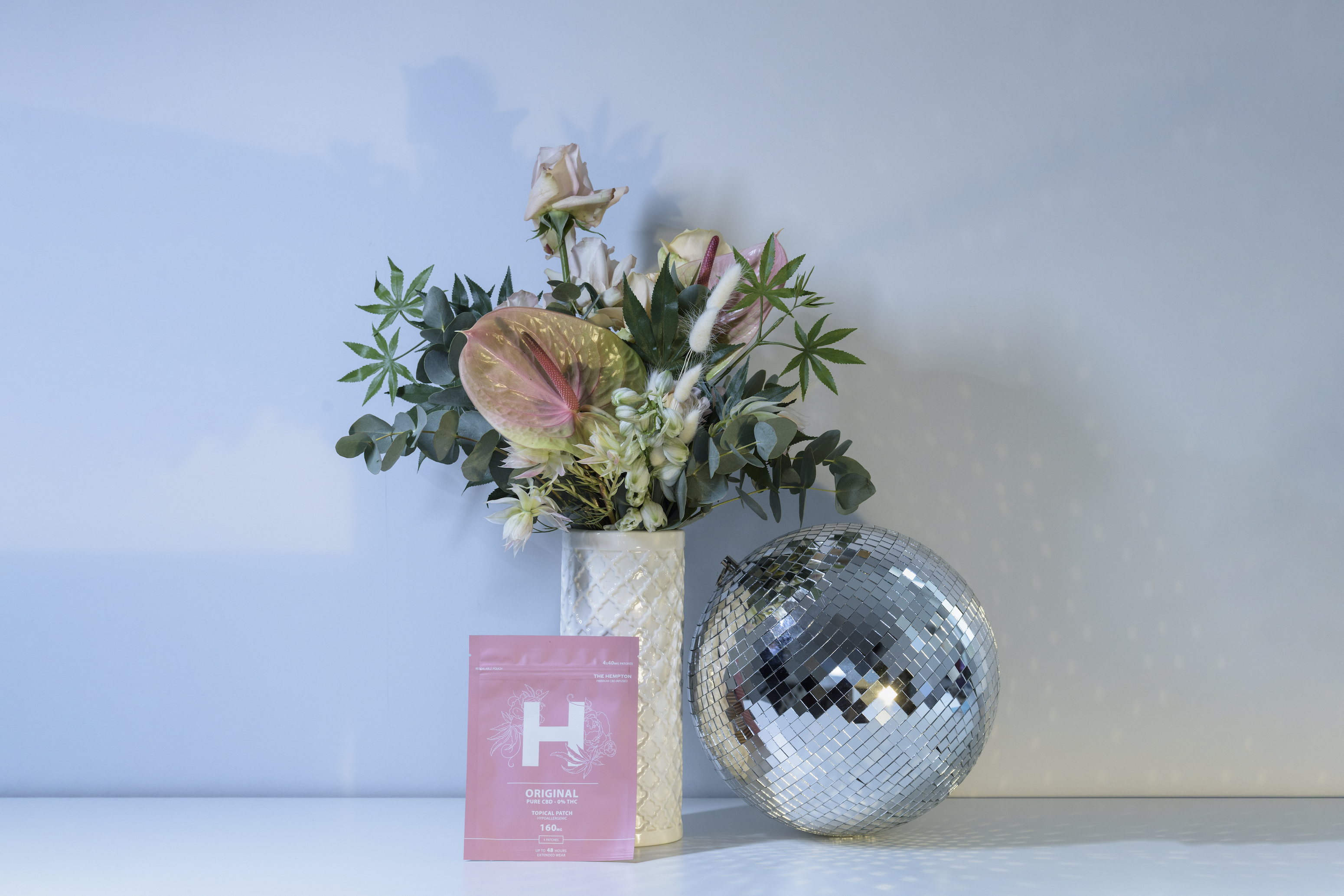 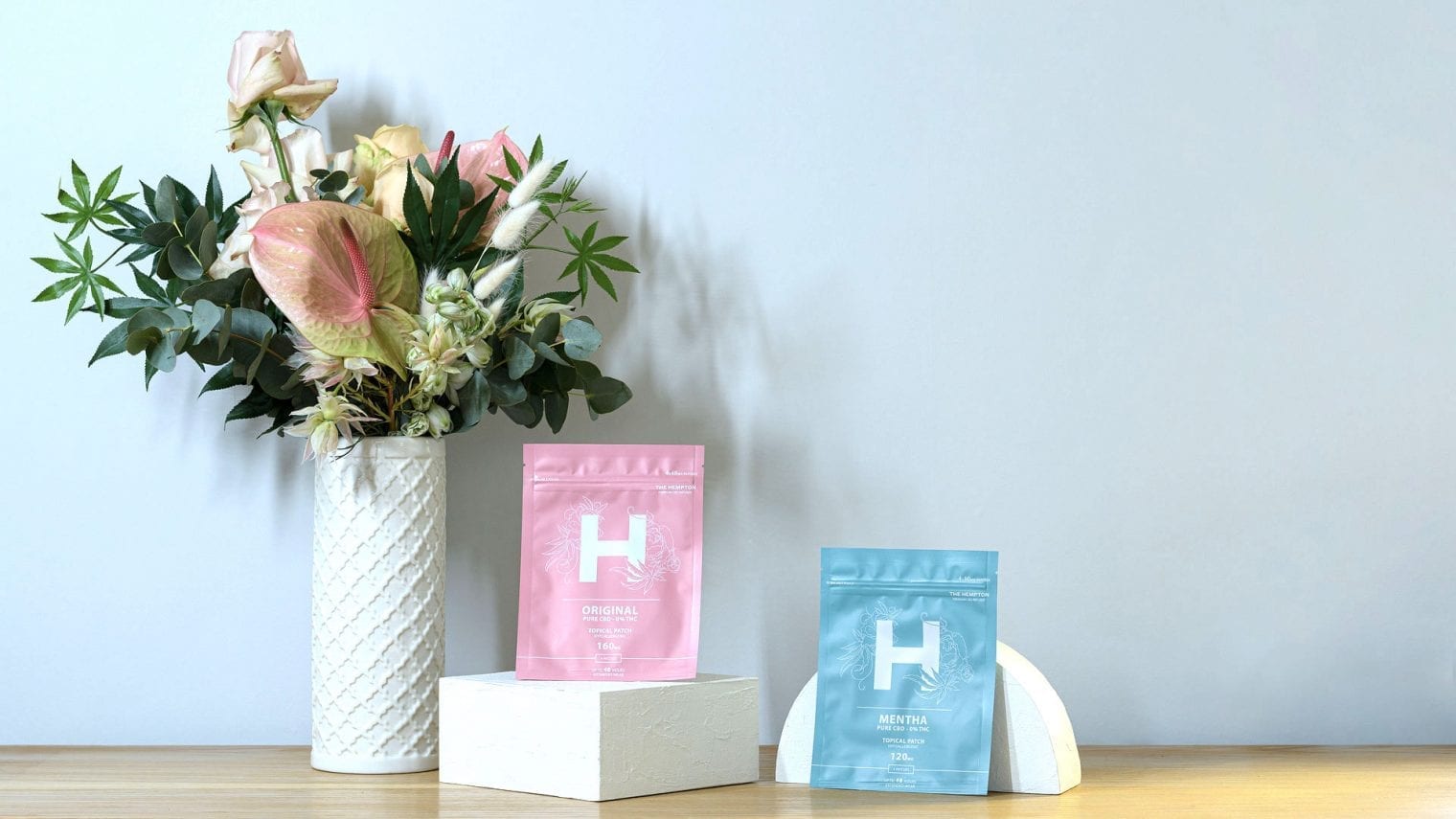 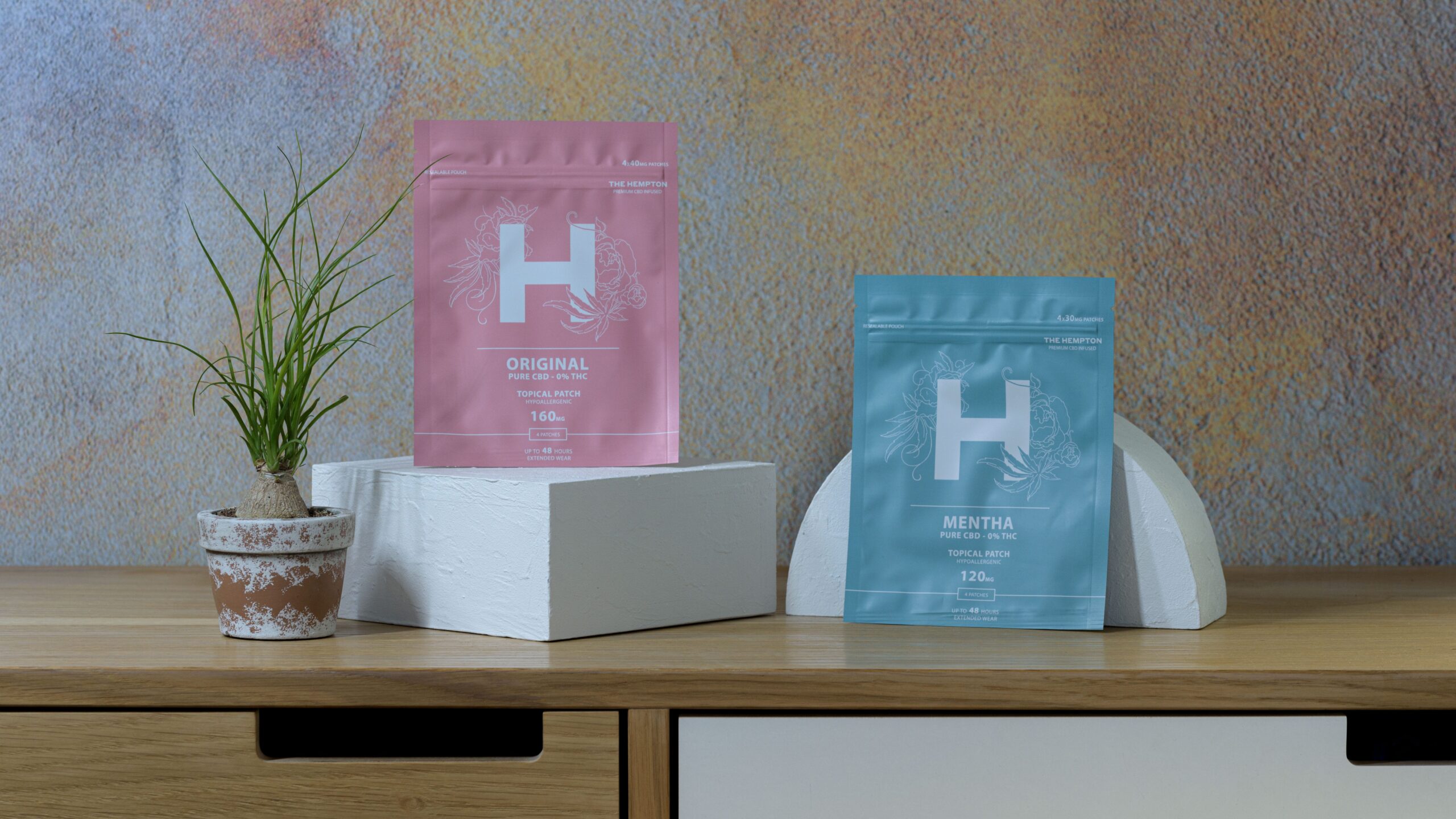 September marks Gynaecological Cancer Awareness Month, which encourages women to be aware of the signs and symptoms of gynaecological cancers and to get more women talking without shame.

You can donate £2 or more to be entered into a giveaway to win The Hempton self care bundle which includes £200 CBD topical patch supply, a moon cup and a copy of Maisie Hill’s Period Power and Perimenopause Power, wootwoo

Follow us on Instagram so you don’t miss out on any of our posts with Lady Garden Foundation.

Let’s be the generation of women who support women.

Everything You Need To Know About Perimenopause

The transition from the reproductive years into perimenopause and beyond can be incredibly difficult for many women, not least because it is rarely discussed. Every year, thousands of women in the UK will enter perimenopause, many without the comfort of a name behind the symptoms they are experiencing. In this article, we’ll be lifting the veil on perimenopause and answering some of your most common questions.

Perimenopause comes from the Latin, “peri – around” / “meno – menstrual” / “pausis – to stop” and relates to the period of time in which your body transitions to the end of its reproductive years. Perimenopause may occasionally be referred to as “premenopause”, but this term is technically inaccurate. Premenopause relates explicitly to the time before menopausal symptoms when a woman is still ovulating and having regular periods.

During perimenopause, the hormones in your body fluctuate, particularly the level of the primary female hormone – oestrogen. Much like the onset of puberty, the body struggles to adjust to the changing hormones, leading to physical and physiological changes. As the level of oestrogen peaks and troughs, these symptoms can also ebb and flow until menopause ceases.

There are two stages of perimenopause. The early stage most often begins in women between the ages of 40-44, although 1 in 100 women will start in their 30s. The late stage of perimenopause usually occurs in a woman’s late 40s or early 50s, with the average age of menopause being 51 in the UK.

What are the first signs of perimenopause?

Early-stage perimenopause can often be missed, especially in younger women who don’t make the connection between their symptoms. Perimenopause itself is a gradual process, a transition from one hormonal state to another, and as such, no one tool can diagnose it. While there are tests that can check to see how your thyroid is functioning and what your hormones levels are, these rarely give insight into whether a woman is experiencing perimenopause.

Instead, diagnosis is based on a combination of factors. Your doctor will determine whether you may be experiencing early-stage perimenopause by considering your age, menstrual history and symptoms, the most common being irregular periods.

As the oestrogen in your body fluctuates, ovulation becomes less predictable, and the time between periods can lengthen, shorten or both. Your flow may also become irregular, and you may skip some periods altogether. A consistently unpredictable cycle is often the first sign of perimenopause, and it’s recommended to track your cycles if you notice a change – this will help you provide your GP with a clear picture of your menstrual history.

Another significant symptom that marks the onset of perimenopause, mood changes, can often be mistaken for stress or general fatigue. In fact, mood swings, anxiety, irritability and an increased risk of depression are all prevalent in perimenopause due to fluctuating hormones. While it isn’t always easy to pinpoint the reason for a change in mood, if it is accompanied by irregular periods, you may be experiencing early-stage perimenopause.

What are the main symptoms of perimenopause?

Beyond the dominant symptoms that mark early perimenopause, a woman may experience many other symptoms during this period. While each can be debilitating in its own right, together, they can ultimately affect a woman’s quality of life. Thankfully, though, treatments, supplements, and aids are available to diminish the effects of many of the issues listed below.

Hot flushes are a widespread symptom to experience during perimenopause. While the intensity, length and frequency can vary, many women describe them as a sudden, spreading of intense warmth in the upper body, with the face, neck and chest being most affected.

Sleep problems during perimenopause are most often caused by hot flushes but can also be due to night sweats, anxiety, or seemingly no reason at all. The same hormonal fluctuations that cause other symptoms can also impact energy levels, leading to bouts of fatigue.

As your oestrogen levels drop, vaginal tissues can lose their elasticity and tone, leading to urinary incontinence. A reduction in lubrication can make intercourse painful, while lower oestrogen has been linked to increased UTI or vaginal infections. At the same time, sexual arousal and libido may change during perimenopause, but the physical changes that women report most impact their sex life.

The Hidden Symptoms of Perimenopause

Not all symptoms of perimenopause can be felt or seen, but they are still essential to be aware of. A side effect of dropping oestrogen levels is that you begin to lose bone density quicker than it can be replaced. This increases your risk of osteoporosis if not balanced with plenty of exercise, a well-balanced diet, and daily calcium and vitamin D supplements.

Another side effect of declining oestrogen is an increase in “bad” LDL cholesterol, a contributor to heart disease. As the “good” HDL cholesterol also decreases as we age, this puts women at increased risk of heart disease during perimenopause and beyond. Following a cholesterol-conscious diet can ensure your body is well protected against these effects.

How long does perimenopause last?

In general, perimenopause lasts 4 – 8 years. If you reach a point where you are going 60 days or longer between your menstrual cycles, it’s likely that you’re in late perimenopause. Perimenopause is considered over when you’ve spent 12 consecutive months without a period, at which point you’re considered to be in menopause.

Can perimenopause be treated?

Absolutely! Many women seek medical treatment for their symptoms, while many others opt for natural alternatives or none at all; it entirely depends on the symptoms you’re experiencing and your personal preference.

But, HRT or alternative therapy, the most important thing to know is that there is help available for perimenopausal symptoms – you never have to suffer in silence. Speak to your GP today, and together, you can find a way forward and embrace this new chapter of your life.

Subscribe to The Hempton to become a member, get great discounts and occasional newsletters