With everything currently going in the world, it’s hardly surprising that many of us are consuming more alcohol than usual, but did you know it could be impacting your hormonal health?

The links between our hormones and consumption of alcohol are much stronger than you might at first think. In fact, it’s been found that women are more likely to drink during certain parts of their menstrual cycle. At around day 12 and days 20-22 of your cycle, when estrogen levels are at their highest, research shows that the brain craves alcohol, which in turn triggers a feel-good dopamine hit as the ethanol enters our bloodstream.

Not only can this contribute to alcohol use disorder, but there are several less obvious impacts on our body caused by the consumption of alcohol. Today, we’ll be looking at the ways alcohol impacts women’s hormones and health.

Recent studies have shown that with every alcoholic drink we consume, the levels of oestradiol, testosterone, and luteinising hormone temporarily increase in our system. Let’s break that down a little to show how it affects the menstrual and reproductive cycles:

Oestradiol is the strongest of the three oestrogen hormones and is responsible for maintaining the reproductive system. It controls egg maturation as well as the thickening of the uterus lining to allow for implantation. Increased levels of oestradiol are linked to loss of sex drive, weight gain and menstrual problems.

Testosterone is usually present in small amounts in a woman’s body and is mostly converted into oestradiol. However, testosterone is linked to irregular or absent menstrual periods and infertility when produced in high levels.

Luteinizing hormone is vital to reproductive health. Its role includes everything controlling the menstrual cycle to triggering the release of an egg from the ovary. High levels of the luteinising hormone are linked to infertility.

As we’ve already discussed, alcohol can wreak havoc on the hormones responsible for the menstrual cycle. The hormonal fluctuations caused by regular drinking can lead to irregular ovulation, and therefore irregular periods.

As the body requires the right balance of hormones in specific amounts to maintain a regular cycle, the effects of alcohol consumption can make menstruation irregular, or even stop altogether.

While it was once thought that a few drinks could help aid conception due to its relaxing qualities, scientific studies are showing this theory to be incorrect. Although one drink is unlikely to impact the likelihood of conception, women struggling to conceive may be better to find another relaxation technique.

As alcohol has such substantial impacts on the menstrual cycle, it follows that conception is also impacted negatively. Raised oestradiol and luteinising hormone levels reduce the likelihood of a mature egg successfully being released and implanting in the uterus.

The impacts of alcohol on menopause are a mixed bag, with much of the emphasis being on the amount of alcohol consumed.

What we do know is that women who drink 3 or more alcoholic drinks per week have a breast cancer risk increase by 15%.  As the breast cancer rates begin to steadily climb from the age of 40, it’s worth contemplating whether the benefits of drinking alcohol outweigh the increased risks.

Drinking may trigger hot flushes for some women, although that isn’t based in research. So determine whether it’s a personal trigger for you. (As for a general risk of experiencing hot flashes and night sweats, some studies find alcohol increases it, whereas others find the opposite.)

However, now for the best news. Our bodies are amazingly resilient and, with the right tools, can reverse much of the harm we’ve inadvertently caused. So, whether you’re struggling with menopause, your menstrual cycle or fertility, there’s never been a better time to ditch the alcohol and start the year fresh.

Subscribe to The Hempton to become a member, get great discounts and occasional newsletters 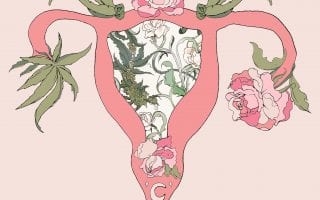